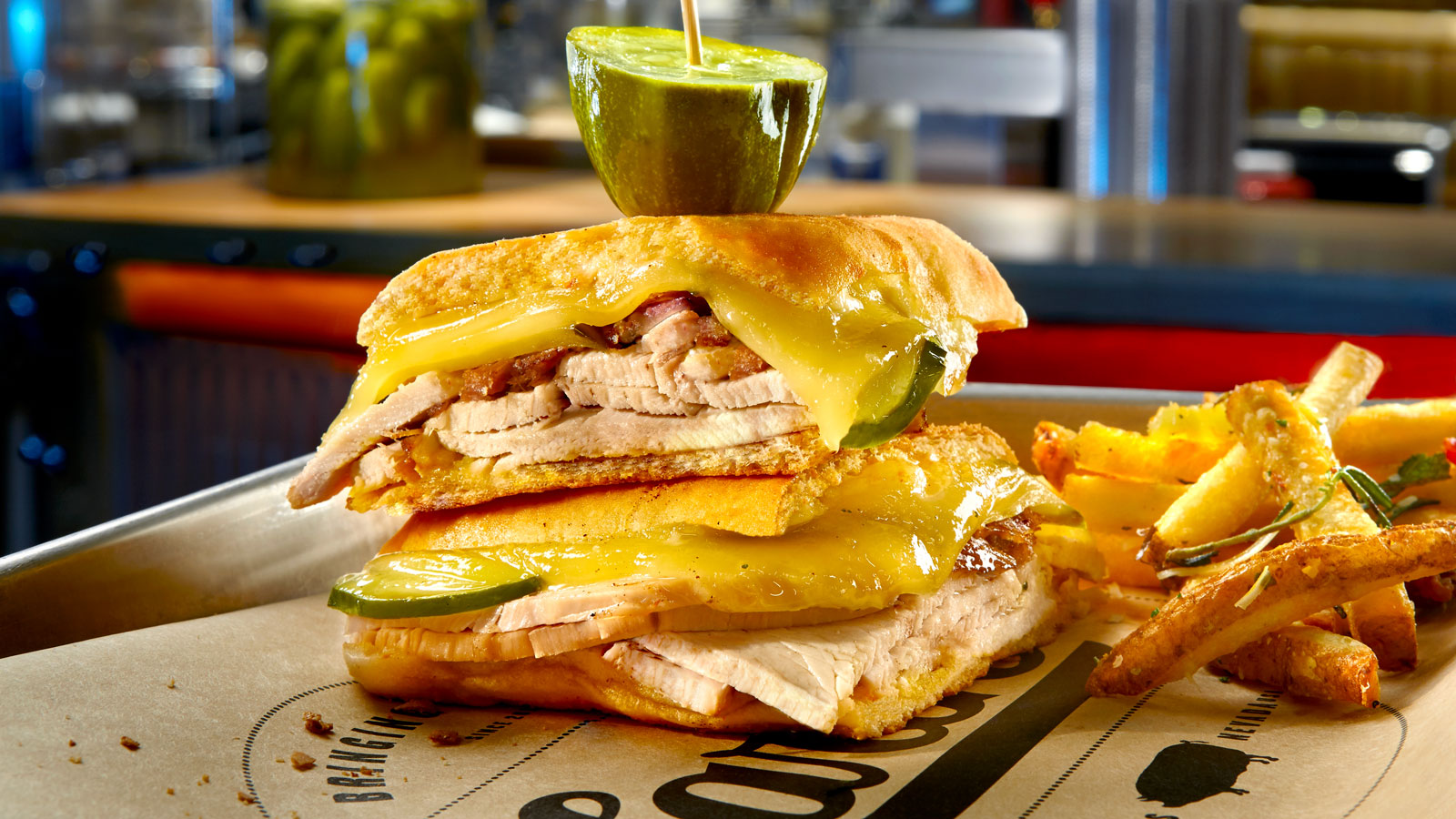 It’s been almost a decade since Chef Rick Gencarelli launched his decadent sandwich shop Lardo as a food truck in Portland, Ore. Now, this over-the-top sandwich eatery has not only expanded to two brick-and-mortar shops in PDX, but also started satiating hungry crowds inside The Cosmopolitan of Las Vegas’ Block 16 Urban Food Hall in the fall of 2018. How did Gencarelli go from working in an inn on a Vermont farm to serving up such favorites as the Phởrench Dip and Dirty Fries in the center of The Las Vegas Strip? Let’s find out from the man himself.

You’re not from Portland originally. What brought you out there?

Rick: We were living on the East Coast and I was working as a fine-dining chef. I started reading about Portland. Basically, back about 10 years ago, Portland was in every food publication imaginable: The New York Times, Food & Wine, Bon Appétit, Gourmet. Everyone was so excited about what going on in Portland, Oregon. So, we had to check it out. We were ready for a change and Portland just presented itself as a place where you could have an affordable quality of life. There’s tons of natural beauty here. We’ve got the coast an hour away. We’ve got Mount Hood.

We came, we visited and we just fell in love with it. It felt like a place where–even though there was a lot going on, a lot of people cooking, a lot of restaurants–it still felt like there was a chance that I could make a contribution here in Portland. Portland to me doesn’t feel like the West Coast. It just feels like some kind of weird East Coast city that landed on the West Coast.

You’ve worked for tons of brilliant chefs. What drew you to sandwiches? Why the shift?

Rick: Spending the bulk of my career in fine dining and plated food, coming to Portland just kind of opened the door to explore different ways to stay in this business and have it be a little different–a different model. And I love sandwiches. I opened a food cart and I wanted something that people could take away and eat with their hands. I didn’t want to have forks and knives and I didn’t want to have people dealing with disposable plates. The sandwich just made sense.

Lardo started as just an idea. It was just literally just a name that I scribbled on a piece of paper. I didn’t know what it was going to be. I moved to Portland without any plan, no job, no real friends or connections. I had no idea how I was going to make it happen. Then my wife had the idea of doing a food cart, which was an affordable, low-risk way of kind of getting to know the food scene and getting the food scene to know me, maybe build a name, maybe it does well, maybe it launches into something else.

How did you come up with the name Lardo?

Rick: A lot of people assume that it’s just a way to call somebody fat, but it’s cured fatback, you know–rosemary, garlic, salt, about a month. It’s a delicious charcuterie item–melting delicious, fatty, fatback. I thought it was a great name for a food cart, ’cause in the cart world, you can get away with a lot more–you can have a little more sort of swagger. It almost kind of helps you set yourself apart a little bit if your name is a little more intriguing.

I thought it was cool ‘cause it kind of tells a story: It’s fat, it’s Italian, like me. I never thought it would be the name I was going to stay with, ’cause I thought it was polarizing. I just figured that there would be a certain subset of the population that just won’t eat at a place called Lardo. But Portland surprised me and they embraced it. It just kind of stuck.

Why did you decide to bring Lardo to The Cosmopolitan of Las Vegas?

Rick: Whenever we look at any kind of growth or a new project, it’s all about the relationship first, and when we sat down with The Cosmopolitan crew, they were so excited and they loved what we were doing here in Portland. That led to us paying a visit to The Cosmopolitan and hanging out with those guys there and it just felt great. The quality of food, the level of service–it was actually a no-brainer.

Vegas is the holy grail. From a food cart to The Cosmopolitan–I haven’t even wrapped my head around it yet. It’s so exciting. To be in front of that many people, from start to finish–it’s just been a great experience.

We have incredible neighbors. David Chang, José Andrés, and just this long list of just amazing concepts and chefs. To be close to that is, for me, just an honor.

Let’s talk about the food at Lardo. What are the key things for you when you build a sandwich?

Rick: The things that are crucial for our sandwiches here at Lardo, I think: toasted bread–’cause I really don’t like bread that is cold and that isn’t a little bit crusty from a light toast–everything that we make, all the bread goes in the oven for two minutes, in a convection oven. Not too long so that it’s hard and brittle, but it’s just got a nice little toast. And it’s gotta be pretty messy. Not ridiculous, but I think there has to be at least a five-to-10 napkin minimum for a sandwich. That means it’s well made. And then we always try to make it memorable. I mean, that’s the takeaway.

I want people to leave Lardo wondering when they can come back and get another one. So, whenever we make a sandwich, whenever we put a new one on, or whether we’re building a sandwich that’s been on the menu for six years, the goal is to make people crave it, ultimately.

So what are the cardinal sins of sandwich making, then?

Rick: The three cardinal sins for me would be dry bread, not enough mayo, or the horrible ratio of meat to bread. Sometimes there’s so much stuff in it that it’s not even a sandwich anymore. It’s just a kind of Dagwood. It’s too much.

What if someone wants the Lardo sandwich experience but without the bread?

Rick: For our gluten-free customers, we offer all of our sandwiches over greens, but then the lesser-known option is [that] you can have any sandwich served over fries. So it’s still gluten-free and very, very naughty and delicious. It’s still a Lardo experience.

Let’s talk about your beer selection. What Portland-specific beers can guests get at the Las Vegas location?

Rick: pFriem, out of Hood River–an amazing, family-run brewery. And our second handle is a pilsner, Lardo Lager, brewed for us by Dirty Pretty Brewing.

Finally, what do you think is the key to a great beer?

Rick: The key to a good beer, in my opinion, is like a sandwich or anything else in life: Balance. Good amount of hops. I like hoppy beers, but if it’s too much hops, it’s too bitter, then it’s not good. I think that a well-made beer is a beer that you can drink every day, all day. 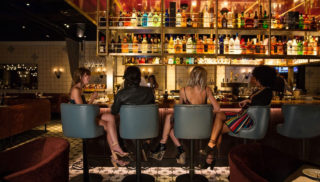 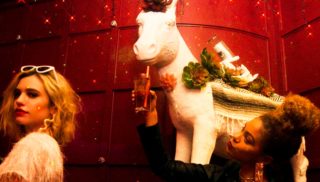